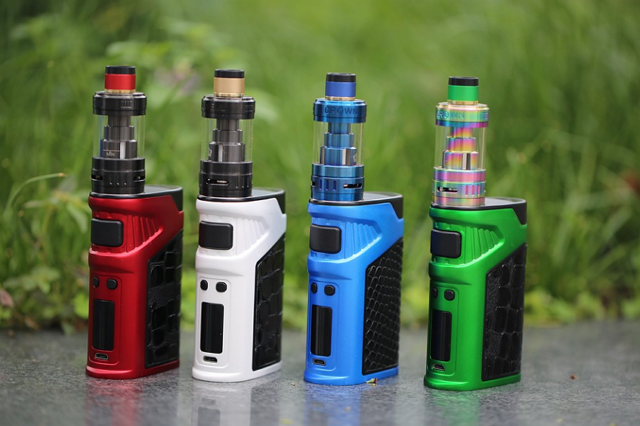 Finding Relaxation In The Calming Scent Of Herbal Incense

When we talk about incense, our memory jolts back...
Read more

How Does CBD Work in the Brain?

There have been a lot of raves recently about...
Read more

CBD Tinctures and All You Need to Know About Them

How to Buy Weed from a Dispensary: A Beginner’s Guide

With marijuana being legalized in so many places, a...
Read more

Supporters of a rule proposed by the Michigan Department of Health and Human Services would restrict some vaping products popular with young people. It is proposed in the name of public health, but some in the vaping industry say that’s not the real agenda, and the proposal would not do what it promises.

The potential regulation, labeled “Protection of Youth from Nicotine Product Addiction,” is said to discourage youth from vaping by outlawing vape flavors they might find appealing. The draft rule would prohibit the sale or distribution of flavored nicotine vapor products in the state, regardless of the buyer’s age.

It would also ban advertisements that use images representing flavors. Vendors would be barred from promoting vapor products with terms like “harmless” and “healthy,” and the rule would also dictate where vape products and advertising may be placed in stores. Violators would be charged with a misdemeanor and face fines up to $200, and even imprisonment. This would all build on a 2019 flavor ban Gov. Gretchen Whitmer imposed through an executive order, which was overturned in court.

In their request for the rule, department officials wrote, “By prohibiting the retail sale of flavored products, less product is available on the market, and the products that are available are substantially less appealing to youth. This is anticipated to decrease youth use of vapor products.” They added, “Reducing exposure to advertising related to vapor products can help to reduce youth initiation and continued use of vapor products. By restricting the advertising of these products, Michigan will curb youth exposure to vapor product advertisements specifically designed to pull them into nicotine addiction at an early age.”

But surveys have found that curiosity, not flavors, is the what attracts young people to vaping.

Lloyd Patton is the director of media and community outreach for the Michigan Vape Shop Owners trade group. He says vape flavors are more about current smokers seeking to break their habit than attracting new nicotine users.

“Vaping is a form of harm reduction,” he told Michigan Capitol Confidential. “Vaping was created for smokers by smokers.”

According to Patton, an estimated 10-15 million Americans use vaping devices, with more than 90% doing so to quit smoking.

According to the Centers for Disease Control and Prevention, an estimated 34.1 million adults in the United States currently smoke cigarettes. They tend to have lower incomes and education levels than the population as a whole, and many have a history of mental health issues or substance abuse. A recent study found that for smokers with serious psychological issues, “two thirds of their 15-year loss of life expectancy … may be attributable to their smoking.”

Patton says it is ironic that the state health department wants to make the tobacco alternative less attractive, and he insists the rule is not about health.

“The number one driving factor is money,” he said.

To the extent that vaping reduces demand for cigarettes, it goes against the financial interests of Big Tobacco and Big Pharma, he said.

A reduction in smoking could also reduce the amount of revenue the state receives from a lawsuit settlement that has cigarette companies contributing billions to state government over many decades. From 1998 to 2020, Michigan collected $5.982 billion under Tobacco Master Settlement Agreements, in addition to the billions collected in cigarette tax revenue. Economically, vaping and cigarette smoking are in competition with one another.

“There are some Michigan Senate bills under consideration that as written would shoehorn our industry — decentralized, immature, and lacking the required infrastructure — into a regulatory system built for a consolidated and mature industry,” said Kim Shilling Manor, vice president of Michigan Vape Shop Owners. “Namely, these bills would push a much less harmful product used for harm reduction into a system established for combustible cigarettes.”

A virtual hearing on the new rules is scheduled for Tuesday, Oct. 20.

Previous article
The great vape escape: Arkansas jailer who let out an inmate and gave her a weed vape faces criminal charges
Next article
New California Vape Taxes Will Put the Squeeze on Synthetic Nicotine

Smoking Cigars Causes Cancer and Is Not Safer Than Cigarettes

There's a popular belief that cigars are more secure...

Demonstrator vapes during a consumer advocate groups and vape...

To be updated with all the latest news, offers and special announcements.